After the new partners had learned they could trust each other’s abilities, Larry made his first important acquisition. In 1992, Toole Peet bought Nault and Associates which added almost 3000 new policies to the firm’s base. That acquisition, coupled with the administrative changes Larry had made, gave the entire office a well-deserved morale boost.

Paul Stanton, who has an inexhaustible enthusiasm for all the firm’s endeavours, describes the firm’s emerging confidence with special pride.

This rapidly growing self-assurance soon had the firm looking at other acquisitions regularly. “Set up a meeting,” Larry would order Paul Stanton whenever wind of an opportunity reached him. Larry, however, cautiously researched the target companies. Although prepared to act quickly when the right opportunity arose, Larry would warn the prospective agency owners that the firm had strict criteria and that the discussions could very easily lead nowhere.

Paul Stanton, however, did unearth another gem – the Chehowy & Co. agency which Toole Peet purchased in 1994. Prepared by Stanton with the critical facts of the Chehowy agency, Larry was soon sure that this was the opportunity for which they had been searching. He made the Chehowy family an offer at their first meeting.

The initial meeting between Marvin Chehowy and Larry Toole is clearly remembered by Paul Stanton. “You know how Larry tends to turn around unexpectedly during a conversation and silently review things on his computer. Well, he did this a few times while explaining to Marvin the criteria upon which Toole Peet based its acquisitions. Suddenly, he stopped everything else and he told him what price he was prepared to offer.”

Taken aback by the forthright proposal by the President of Toole Peet, Marvin had to recover his composure later in Paul Stanton’s office where he was reassured that, indeed, Larry had made the offer. 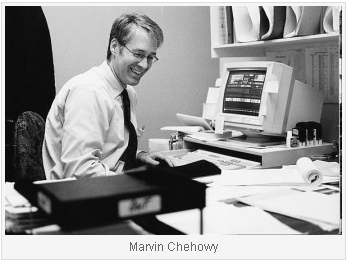 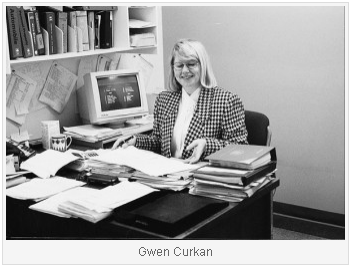 The Chehowy acquisition has provided the firm with four important personnel: the three Chehowy brothers, Don, Marvin, and Murray, and Gwen Curkan. Don became the firm’s marketing manager; Marvin, Gwen and Murray began to build personal and commercial lines portfolios. “Gwen and the Chehowy brothers, having been in business for themselves, understand the difference between going through the motions, and making a contribution to their clients and to this agency.”

In late 1997 Marvin and Don Chehowy left to pursue careers in other industries. 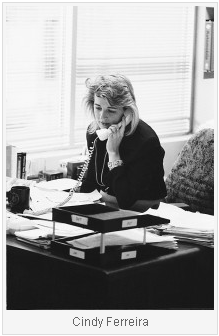 Of particular significance to the firm today is the continual growth of the personal lines division which is managed by Cindy Ferreira. Larry Toole recalls the confident impression she made upon him when he interviewed her in 1994. “At first she seemed to be quite easygoing – she has a friendly smile – but then I saw that underneath she was a very determined and strong-minded person.” It was those qualities that turned out to be highly effective in establishing the independence of the personal lines department.

“We had originally planned that her time would be split equally between production and management, but during that first year we had to change computer systems, our lead underwriting company left us, and then we had to assimilate the Chehowy accounts. ” It was sink or swim for her. She handled it all”

While Ferreira’s previous experience working at a smaller agency prior to Toole Peet didn’t include many of the types of tasks that confronted her that first year, she quickly learned to adapt to the demands of the new situation. “Today, she’s able to sort out computer problems and then turn around and lead an invigorating sales meeting.”

The firm was so pleased with her development in the personal lines department that she was soon made a partner. “A waiting period was clearly not appropriate in her case, ” Larry Toole says today. “We had already learned that we could rely upon her abilities. She had proven she could handle the responsibility.”

Working with Cindy Ferreira are several long-term Toole Peet producers and administrators. Adrian Marklinger is the department’s elder statesman and has adapted well to the new independent nature of the personal lines department. Surinder Dhillon has a devoted client base in the Sikh community. Thelma Smith is retiring in 1997 and her assistant, Pat Nicholson, will take over her book of business. 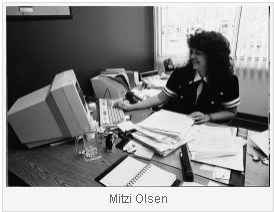 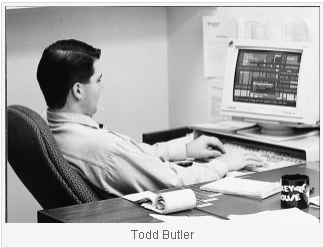 Todd Butler, an ambitious young man at 23, joined the personal lines department in 1994 and has set his sights on going the distance at Toole Peet. He went on to add his industry knowledge with an involvement in the commercial lines department.