It was in this industrious but personal atmosphere that Larry’s business instincts and management style developed and, by 1988, Larry had become the acknowledged leader. Like the others at Toole Peet who saw a bright future ahead, Paul Stanton developed an unshakable belief in Larry’s ability to take over the management of the operations. “You simply can’t make someone a business person,” Stanton explains. “They need to be born with ‘street smarts’ as well as strong instincts for what to do. Larry’s got it!”

One interesting aspect of Larry’s strength as a leader is his ability to encourage members of the firm to improve their skills and productivity. Like his father, Larry places an emphasis on the staff’s continual education and professional development that he continues to foster through a tuition program that pays for courses taken by the staff. Professionalism, he has always maintained, is the best way for the firm to compete, for example, with the cut-rate insurance programs which competitors like the banks are introducing. By reducing commissions and by not offering clients the type of service and advice that Toole Peet offers, the discount outlets will try to lure clients from full-service agencies. Toole Peet’s professionalism counteracts this trend. Within the ranks of its competitors, Toole Peet has consistently held a high ranking in terms of the number of its employees that hold professional designations.

Our challenge has been to add value to our service – we’re selling knowledge, not just a commodity. People need insurance but the product is complicated enough that clients can’t be expected to make reasonable decisions without some advice. They have to put their faith in someone they can trust.

This strategy of offering competitive rates and sound advice fits closely with Larry’s own perception of what makes Toole Peet successful. “We provide technical knowledge and an ability to communicate that knowledge. We serve our clients by putting together a strong group of professionals with this knowledge. This leads to referrals – our greatest source of business.” This innate sense of how to build the firm closely follows Barney Toole’s exhortations to his staff to be making contacts and building referrals in the business community. 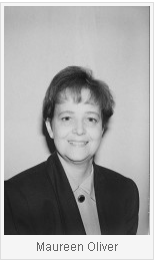 Before Larry joined the firm, the directors had taken some key steps in building a youthful nucleus of well-equipped agency personnel. Adrian Marklinger and Thelma Smith joined in 1967 and 1975, respectively. Surinder Dhillon and Cathy Strand joined in 1977, Maureen Oliver in 1978, and Paul Stanton in 1979. Other important personnel additions were Stephanie Wellings, 1981, Dirk Moerkens, 1986, and Denis Baker, 1987.

In stewarding the firm’s affairs through its many developments during his first ten years, Larry undertook an intensive study of the insurance industry.

Before long he was well versed enough in the industry that insurance company representatives knew they could look to him for informed decisions. “He took the business to heart. He became part of it,” says Paul Stanton.

Using the information he had systematically gathered, Larry was able to take on a greater role in the relationship between Toole Peet and the insurance companies.

People wanted to meet him,” Paul Stanton says. “They recognized the value of Larry. The insurance companies were very pleased with what was happening at Toole Peet in terms of its employees and the firm’s direction. Larry knows what is going on in the business.

With the three producing insurance agency partners and his father retired, Larry then had to help build the firm’s ability to carry the larger number of partners he envisioned. While the agency still generated income for the firm, it was below what he believed necessary to carry the operations in the current environment. Larry, however, felt confident that he could create the opportunities that would help them all reach the income levels for which he aimed. To accomplish this, the firm once again started buying out smaller agencies.

With typical thoroughness, Larry studied the firm’s income and expenses to determine the types of agencies that would be most advantageous for the firm to acquire. As had happened when Massier and Garner first started, Larry Toole and Paul Stanton had to deal with changes introduced by the insurance companies. Toole Peet had to adapt again to the times to remain profitable. In the late 1980’s the insurance companies were reducing their own costs by aggressively cutting away those agencies that couldn’t generate a pre-determined level of premiums.

In addition to this potential threat in the 1980’s, Larry saw another emerge in the early 1990’s when banks started to lobby for the right to sell insurance. To safeguard against the erosion of the Toole Peet business, Larry systematically pursued an acquisition program that would increase the commercial end of the agency but also bring in a substantial personal lines component, something which had been treated as a support department in the agency until then. A strong personal lines department would supplement the commercial lines and would also be self-sustaining, he reasoned. Cindy Ferreira, a personal lines specialist, joined the firm in 1994, the first move in the firm’s strategy for that area and one that proved invaluable.

In the commercial lines, Larry and the partners reasoned, Toole Peet would be able to maintain its premium levels if it built its volumes quickly with a variety of insurance companies and would continue to be competitive with even the largest agencies and brokers in the city.

“Our style in the insurance agency has been to grow, but not exclusively by acquisition; we want to grow with our accounts.” Today, much of the growth of the firm, in terms of its size of accounts and the number of its accounts, can be attributed to the overall attitude of the developing team towards providing customer service, regardless of each individual’s specialties. 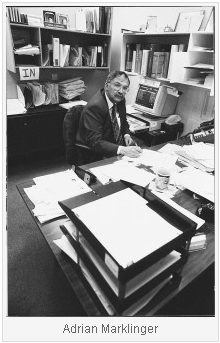