Through the forties and fifties the firm’s stock trading services were marginally profitable. By the sixties the national firms were beginning to erode what little the firm earned from its commissions. The nationals, moving in from Toronto, were able to make the transactions more profitably than Toole Peet and other local firms because they had completely integrated operations; from high volume retail brokers bringing in customers, to traders working the floors of all the major stock exchanges. Without traders of its own and seats on the major exchanges, Toole Peet had to transact its major exchange business on a jitney basis through one of the national houses. The jitney charges whittled down the commissions Toole Peet could pay its own brokers and, consequently, it began to lose staff and customers. As the brokerage industry became more and more specialized, customers preferred to deal with the houses that could offer large underwritings, investment research and portfolio management. In 1963, Toole Peet sold its seat on the Calgary Stock Exchange to Charles Allard, of Edmonton, who retained the services of Harold McKeen who had run the operation for Toole Peet. In retrospect, Bill Toole acknowledges he kept the operation going slightly longer than he should have, but, as a Chartered Accountant, the business had a personal appeal to him and he was reluctant to let it go. 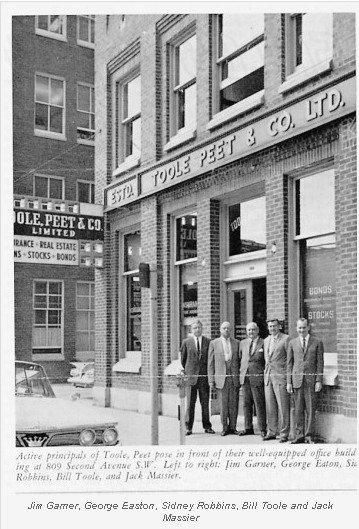 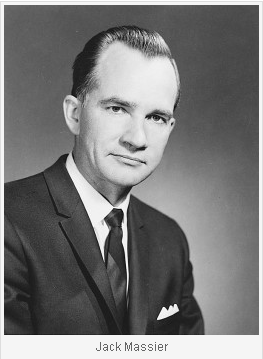 Fortunately, the ebbing of the financial services business was counteracted by the strengthening of the insurance aspect of Toole Peet’s business which gathered momentum in the fifties and sixties and soon became the major source of the annual profits. The real estate operations, while they had some good years, couldn’t match the consistent performance of the insurance department. In particular, the General Agency insurance business proved lucrative. As the official representative in the province of many national and international insurance companies, Toole Peet was able to collect overriding commissions on policies being written by a network of sub-agents throughout the province. Almost every rural town had a grain elevator operator or retailer who also acted as the local insurance agent. Toole Peet acting as general agent for the insurance companies processed the policies they generated.

It required a minimum of expense by Toole Peet and seemed to be an endless source of commissions. As well, the firm collected additional commissions on policies that Toole Peet’s own salesmen were writing, the Direct Agency business, and processing through the General Agency. These double commissions were never questioned and the intermingling of the General Agency and Direct Agency accounts was so complete that all the policies and records were simply filed together without distinction.

Much of the credit for the firm’s success in this period must go to Sidney Robbins who had a special knack for working with the insurance companies. He recognized that the insurance companies’ capacity for assuming larger volumes of business was directly proportionate to the firm’s ability to gain a greater market share of the ever-increasing commissions. He marketed Toole Peet to the insurance companies through a consistent program of personal contact. It was Robbins, through his life-long commitment to the Catholic Church, that brought the Calgary Diocese as a client to the firm. He arranged dinners, visits, tours and handed out gifts regularly to insurance company representatives. Meanwhile, the firm’s inspectors toured the province encouraging the sub-agents to sell policies within the rural communities. George Eaton developed a client base over the years that included some traditionally high-risk retailers in the downtown area. Sidney Robbins cajoled his insurance markets into accepting these additional risks.

However, both Sidney Robbins and George Eaton were aging and the insurance industry was changing. The new bright lights in the Toole Peet insurance operations were two young men: Jack Massier and Jim Garner. Together, with Bill Toole as their leader, the three formed an interesting and effective combination of personalities, which after a brief trial period under the tutelage of the senior men, took control of the reins.

Unlike Archer and Barney Toole, Bill had an indirect style of management; one which suited the confident attitudes of Garner and Massier. Bill believed in letting people have the responsibility for achieving results.

The department managers came to him with their ideas and generally, after some discussion in which he would play the devil’s advocate, the ideas were implemented. The mutual trust that developed led to success.

Jack Massier joined Toole Peet in 1954, just months before Bill Toole, and brought a fresh enthusiasm to the office. From an office boy with Canadian Fire Insurance Group in Winnipeg, Massier was transferred to Calgary in 1948 as an underwriter and eventually became the company’s provincial field inspector. After experiencing the first days of the excitement surrounding the oil industry, and not wanting to be transferred from the province, he left Canadian Fire and briefly tried positions with two local agencies before joining Toole Peet. Using his knowledge of insurance company methods and practices, Massier had a head start on most agents in the city at the time who had limited knowledge of how risks were rated and premiums determined. While this advantage was of immediate benefit to his career, it was a an untapped talent that made Massier fit so perfectly into the progressive development of the Toole Peet insurance agency. Massier, it turned out, was a natural salesman with a sure instinct for the right combination of products and sales approach. He simply needed a venue to put his talent to work. He found that opportunity at Toole Peet.

Originally hired by Toole Peet as the Casualty Manager for the General Agency and the Direct Agency business, Massier was a leader in the new generation of professional insurance agents. Although the days of formal industry courses were still years away, his experience and knowledge brought him respect from the insurance companies and the firm’s clients. He polished his communication abilities with Dale Carnegie courses and soon had an enviable reputation with all his business associates.

When George Eaton’s health forced him into semi-retirement in 1959, Massier took over management of the Direct Agency business. The move was considered questionable by many observers because the General Agency certainly had the upper hand in terms of prestige and importance to the firm. Undaunted, he went to work and began a series of strategic changes that soon showed how well he was reading the trends of the industry. One of the Massier’s first changes to the operations was the separation of the General and the Direct Agency accounts. At the time, few recognized the significance of this and other structural changes that Massier was gradually introducing to the office.

Toole Peet then hired Jim Garner as the firm’s Casualty Manager. The two men worked on an equal footing from the first day in terms of responsibilities but each maintained areas in which their personalities performed best. Jim Garner was also well versed in the insurance industry and had talents and attributes that had not yet been put to work. As is the hallmark of all Toole Peet employees, Garner has a strong sense of loyalty which undoubtedly impressed the firm’s directors. He’d been with the Canadian General Insurance Group since the early 1950’s, after graduating from the University of Western Ontario. A practical minded and well-organized young man, he worked his way through the ranks and, in 1959, when the insurance company made its decision to open its own office in Calgary, he took on the responsibility and agreed to ensure the office would reach a certain sales volume within six months. To get the operations underway, he rented an office in the Toole Peet building. It didn’t take long for the inevitable to happen and Toole Peet offered the company man an opportunity to move into the General Agency operations under Sidney Robbins. Not surprisingly, Garner refused, citing his commitment to meet the production target he had promised Canadian General. However, as soon as that commitment was completed, he joined Toole Peet. In 1963 he succeeded Sidney Robbins as the manager of the General Agency. 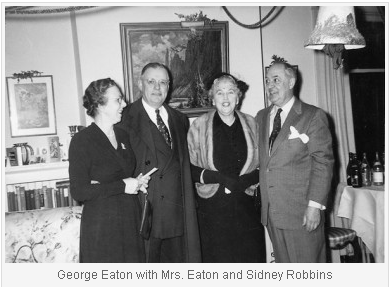 Robbins, like George Eaton, entered semi-retirement. The issue of retirement at Toole Peet has always been rather vague. Probably because the individuals put so much of their personal efforts into the affairs of the firm, the thought of simply being put out to pasture has never been acceptable to the retirees. Barney Toole and George Peet could not resist keeping their fingers on the pulse of the firm and maintained their involvement long after they had given up their control. Nor could Sidney Robbins and George Eaton simply part ways with the firm. As a result a tradition was established of providing the retiring directors with an office and a reduced salary in return for their continued involvement.

Robbins came in every day after his retirement and kept himself busy following the progress of the clients he had brought to the firm, particularly the Roman Catholic Church. On the day of his death, Robbins stopped by the office and placed an order with his stockbroker to sell some Trans Canada Pipeline shares. Later, when the broker called to pick up the certificate and it couldn’t be found, the office humorists started a lingering story that the beloved Sidney Robbins had decided he “could take it with him.”

Eaton, whom Garner remembers well as a compassionate individual, kept himself ceaselessly absorbed in solving problems on behalf of the firm. Garner remembers many meetings in which Eaton would be more prepared than the active staff as he would have spent many hours reviewing upcoming decisions. He took a special interest in anything that involved the direction of the firm and, as he proved in the 1960’s when major changes were underway, provided a reliable and trusted sounding board for the directors.

Hugh Young, who also retired in the sixties, was a director and a very devoted friend of the Toole family. Besides serving as the firm’s chief accountant and office manager, he managed the family’s affairs.