The Profitable Sale of the Second Street Office 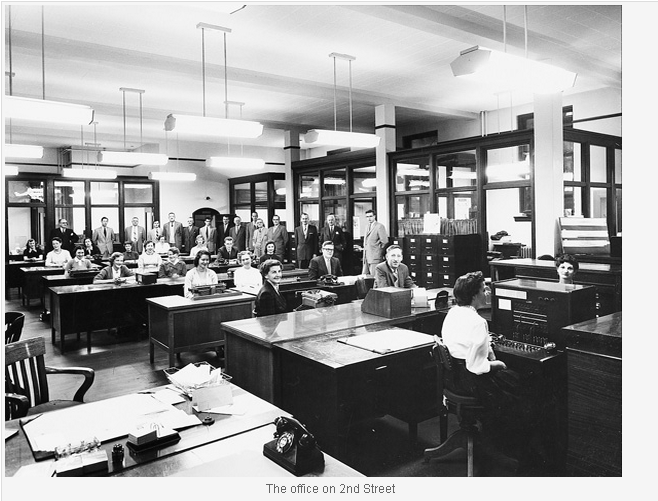 In the 1970’s the Toole Peet building on Second Street, between Eighth and Ninth Avenue, became a strategic piece in the assembling of land for today’s Bankers Hall complex. Early in the decade the Canadian Imperial Bank of Commerce made an offer for the land. Bill Toole countered with a slightly higher price. The bank wouldn’t budge and negotiations ended. Four years later, after the bank purchased the lots adjoining Toole Peet’s 40 feet of frontage, the bank ‘agreed’ to pay Toole’s 1970 asking price. Bill Toole considered the situation and, in his typical low-key way, told the bank that things had changed.

“We more or less decided that the price had perhaps changed a little bit … and we were still very happy where we were ..and all this sort of stuff,” was how Bill Toole remembers his response to the bank’s offer.

“I guess we had been in the real estate business long enough to know that if you have a piece of property in the middle of two other people and they own all of the property around you, they can’t very well go over top of you. I thought perhaps the value of the land, considering they were going to put a 50 storey building on it, might have increased somewhat. I indicated that and the bank said ‘No, they couldn’t possibly pay that.”

“Within a month they came back and that provided us with a fair amount of money.”

As part of the sale, Toole Peet also negotiated a lease that would keep it at Second Street until the firm could find a new home. Eventually the directors bought a site on the west end of Eighth Avenue, which they sold at a profit shortly afterwards when they realized it didn’t have enough parking for the customers. They then bought the present site at the intersection of Seventeenth Avenue and Eleventh Street.

The move from the downtown location to the new site in 1980 was a turning point in Bill Toole’s relationship with the firm.

“My son, Larry, had started with us in the downtown building in 1979. One of the first responsibilities I gave him was to be in charge of the move over here. From then on I started to slow down,” Bill admits, and then adds with that special Toole humor, “Of course, some say I was slow to start with.”

In 1988, after 34 years in which he steered the firm safely through the loss of the General Agency business, the competition of an oil boom, and the toughest years of the recession in Calgary, Bill Toole retired and became the firm’s Chairman of the Board. Larry Toole became President of the firm in its 91st year of operations.