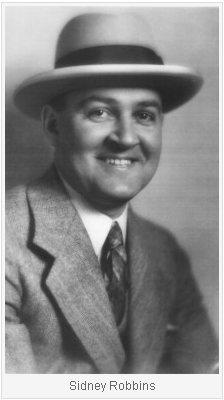 Despite the cuts, the firm’s members made the best of the situation and Sidney Robbins put himself in charge of organizing the staff’s annual corn roast at Fish Creek. One of Robbins’ peculiarities was a fixation on obtaining the best price possible for food. For his own family, he would regularly visit the grocery stores at closing time when he hoped to be able to pick up bargains on fresh produce that was being taken off the shelves. He put this quirk to good use in purchasing the firm’s picnic supplies and Taber corn.

Another example of how thoroughly Robbins personality was shaped by his administrative interests occurred in the early sixties when a misplaced suit of clothes prompted him to file a claim with his insurance company.

In a typically Robbins’ manner he accompanied the claim with a personal letter in which he could not refrain from adding further details of the loss and itemizing the cost, to the penny and yard, of the suit. The following excerpt is taken from that letter:

“I discussed the matter with the manager of the drycleaners and told him that there were only three places the suit could be, namely on my back, in my clothes closet or at the cleaners and I am still convinced that this is the situation. Well, it isn’t in my clothes closet, it isn’t on me and hasn’t been on me for several months, and I am therefore putting in a claim under my composite policy, but thought I would like to tell you the circumstances beforehand. The material was purchased two years ago when I was in New York, at wholesale price, Tip Top Tailors made up the suit at a cost of $63.25. The material having been 5 1/2 yards ($5.50 a yard wholesale) namely $30.25. Jack Massier feels that depreciation should be about 12 1/2 per cent per annum or 25 per cent for two years. I am quite sure you are well posted on depreciation on suits of clothes especially when the wear and tear is as heavy as mine!”

George Peet, who always seemed to be able to weather Barney’s storms, added a human touch to the all-business atmosphere in the office. He carried a glass hip flask (known to break in a fall) and enjoyed the gentlemanly company of his friends at the establishments around town. Llew Valentine remembers one winter evening watching George struggle to write out a coal ticket; he was dipping his pencil into the inkwell. Nevertheless, George Peet was always well turned out and a “very proper man – with a sense of humour,” says Llew.

He was pals with Max Aiken, who later became Lord Beaverbrook, and the two shared a shack for several years by St Mary’s Cathedral. George’s other well-known pal, Bob Edwards, as a spoof on a pretentious Herald series describing Calgary’s distinguished homes, ran a front page photo of George’s shack and outhouse, describing them as the home of a prominent citizen. George Peet seemed to have a carefree attitude towards his living quarters and would move from a rooming house to the Wales Hotel without much concern for the difference. Once, he had a run-in with a city inspector who told him that he wasn’t permitted to have his entire quarters – bed and toilet facilities – in one room. Peet replied loudly, “Well, there’s no bylaw that says I can’t have a bed in my bathroom!”

A review of George Peet’s bankbook of the day reveals he could have easily paid cash for a very nice home in the city, had he wanted to do so. During World War II, he gave up drinking for several years rather than submit to the government’s rationing of liquor. 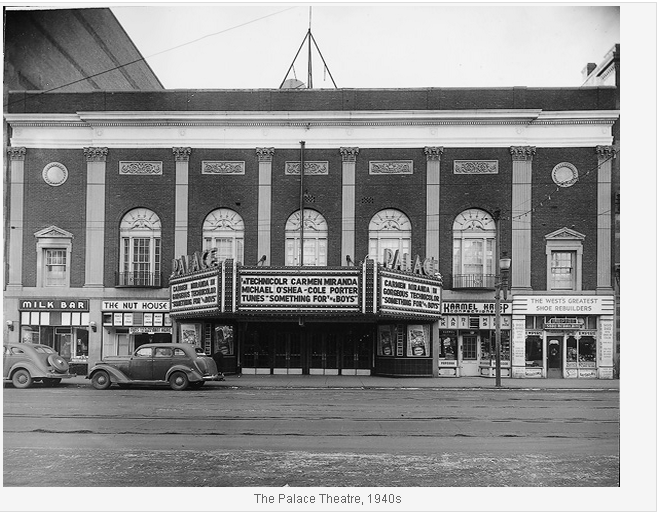 One of the losses to the firm in the early thirties was the opening of an office by Imperial Life, for whom Toole, Peet had managed loans for years. When Imperial Life went on its own, Henry Jones, who had been managing mortgages for Toole Peet and was a partner and director, left and joined the insurance company staff. While the firm wished Jones the best, the partners, and especially Barney, found it difficult to understand why the insurance company would venture on its own.

“You will remember our talk with Mr. Jones the other day, about Imperial Life, and how they held us up a few years ago,” he wrote his partner,” and the memorandum which I handed to him of the expenses they would have to bear if they had their own office. We explained to Mr. Jones his position with us, and we hoped it would continue, and also the Imperial Life; that we had no desire to change the personnel of our firm; but we did feel that we should have a more satisfactory, and, if possible, more remunerative arrangement with Imperial. According to their own statements, if Mr. Jones were to leave us, they would go also, and would try and make arrangements for him to act as Manager. That was not very satisfactory or complimentary to Toole, Peet & Co., and I do not think we were entitled to that treatment from the Imperial Life, having in mind our effort to save them hundreds of thousands of dollars.”

Despite the partners’ best efforts to persuade Imperial Life and Jones that it was in everybody’s best interests to keep things as they were, Imperial Life hired Jones.

Barney found it difficult to understand that the life insurance companies didn’t always follow the advice he was so sure was correct – as it almost always was. For instance, many lenders had to write off loans in the Medicine Hat area when crops were poor. When the companies had originally made the loans, Toole Peet’s advice had been to the contrary. The losses were as Barney predicted. He noted later;

Well, time has told a sorrowful story, for which the Canada Life and Imperial Life have paid very dearly, in not being influenced by myself and my associates.