The business prospered so well that, before long, rival firms sought alliances. One firm, in 1908, made such an attractive offer to merge that documentation was prepared for signatures. However, in a final confidential meeting with Barney Toole, the senior representative of the other firm suggested that they should ease George Peet out of the business because of his drinking habits. Barney Toole listened politely and then put the unsigned documents in his desk drawer and never considered the matter again. The documents remain today in the firm’s vault as a reminder of Barney Toole’s steadfast ways.

In its role as investment advisor, the firm also moved into the property management business as a natural progression from assisting overseas investors in maintaining and developing properties in Calgary. Barney Toole’s reputation soon brought the firm new clients from overseas, particularly England. Sir John Langman began investing in real estate, primarily sites along 8th Avenue, with Toole Peet in 1908; and for three generations the relationship continued, the last transaction being conducted in about 1993.

Barney Toole’s brother, Archer, who was 12 years younger, immigrated to Canada in 1908 after finishing school in Ireland and then working briefly in England. The two brothers hardly knew each other, Archer being only six when Barney came to Canada.

Barney assumed the responsibility of ensuring that each member of his family was taken care of and sent money to Ireland all his life to support his sisters.

Interestingly, all 12 Toole siblings eventually visited Barney in Calgary. Archer joined Toole Peet in 1909 as a clerk and, like Barney, soon proved his abilities as an athlete by winning championships in badminton, tennis and with the local soccer teams. George Toole also stayed in Canada and eventually became the mayor of Kenora.

Archer’s son, William (Bill), remembers his father having a very different personality than Barney. When Archer took over more responsibilities in the firm after World War I, Barney would still come into the office and “raise a bit of hell” over some matter. Archer had a calming ability and would soon restore order and sort out the problems. At first, however, Archer lived with Barney at 709 11th Avenue West and clerked in the office while the two senior partners secured clients and contracts. Similarly, the two youngest brothers, Ned and Jack, joined the firm as did Barney’s brother-in-law from Winnipeg, King Graburn. Graburn became the accountant.

When Archer joined the firm, Calgary was growing. In 1909 the City inaugurated its highly acclaimed streetcar service and in 1910 annexed the village of Crescent Heights.

Although Calgary’s population and commerce were steadily increasing there seemed to be no concern over the availability of land as, for tens of miles around the perimeter, there was unconstrained prairie and foothills. There had always been pressure on the core area since 1884 when the railway surveyors laid out the streets and avenues named after CPR officials on the portion of section 15 that lay to the west of the Elbow River crossing. The final decision on where to locate the town caused a few feverish days in the real estate market as speculators bid for the choice lots. 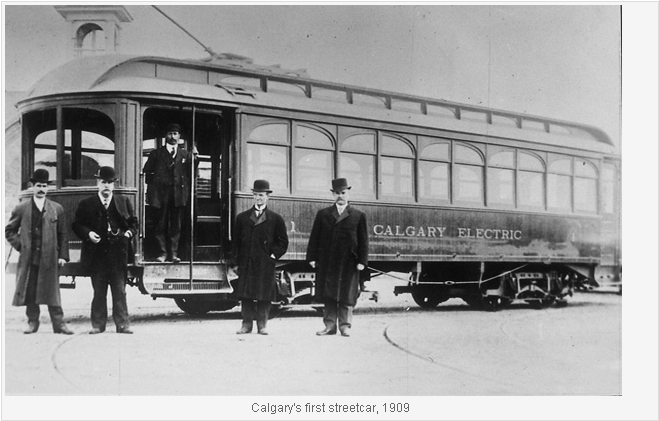