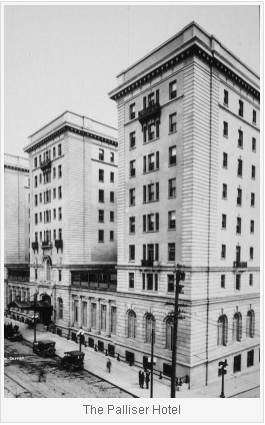 In 1912, however, what started as just healthy optimism suddenly became a fever that sent land prices soaring. 1912 was a banner year for the city of 45,000 in many aspects. It was the year Guy Weadick, backed by the Big Four (Burns, Lane, Cross and McLean), held the first Calgary Stampede. The CPR built a new station and the Palliser Hotel. The Hudson’s Bay Company built its new store. The city built the sandstone library in Central Park. Elsewhere, numerous warehouses, shops, and homes were keeping the construction crews working non-stop. The realtors were doing very well. The occupation had, by then, reached the level where three or more promoters, many of them former barbers, undertakers, firemen, grocers and tailors, were taking over small store-front offices, calling themselves real estate agents, and doing their best to move prices higher. The more reputable agents had, in 1910, set up the Calgary Real Estate Association in an attempt to control disreputable tactics. The association was unable to survive as the enthusiasts gathered momentum, encouraged in their excessive optimism by the sheer number of agents in the city. One estimate shows there was a realty firm for every 100 residents.

The fever peaked in 1912. The “Subdivision Sharks”, as they became known, were in a frenzy and had the attention of most of Canada and even England. Reports that Calgary’s population would soon be in the hundreds of thousands brought fresh investment into the market. Prices went higher. A lot that sold for $150 in 1895, sold for $2,000 in 1905 and $300,000 in 1912.

The most well known developer was Freddie Lowes, a charming, generous young man. Like Barney Toole withthe CPR, Freddie Lowes came to Calgary as a bright star with a big company that was investing heavily in Alberta, the Canada Life Assurance Company; a company with which Toole Peet would eventually have a very close relationship.

Freddie Lowes opened a small office on Stephen Avenue in 1906 with $400 in capital. By late 1912 he was believed to be worth $7 million. Between 1906 and 1912, almost single-handedly, he opened up the southern fringe of the city, building or opening the districts of Elbow Park, Elboya, Windsor Park, Britannia, and Roxborough. When building Roxborough, which he bought from the Oblate Brothers for $100,000, he needed to level part of Mission Hill. As there were no bulldozers in those days, he ingeniously used high pressure hoses connected to city water mains to wash away the hillside. 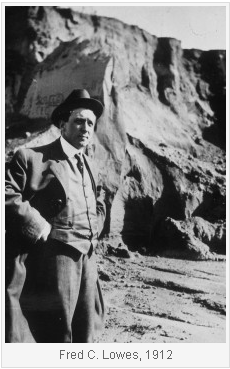 When the property market collapsed, Freddie Lowes, virtually bankrupt, refused to give up his belief that Calgary wasn’t going to meet the expectations that were fostered prior to 1913. His health and his mental capabilities failed and he never fully recovered.

Toole, Peet & Co. was one of the few firms that managed to survive the boom and collapse of the real estate market.

One of the reasons for this could be that the firm tended to focus its real estate operations on the downtown area and on the close-in, established subdivisions where, although prices were certainly driven higher by the boom, investors probably were able to see long term values. In fact, as events over the next several years were to show, the firm’s constancy through the boom seemed to enhance its reputation. Established clients stayed and new clients joined. 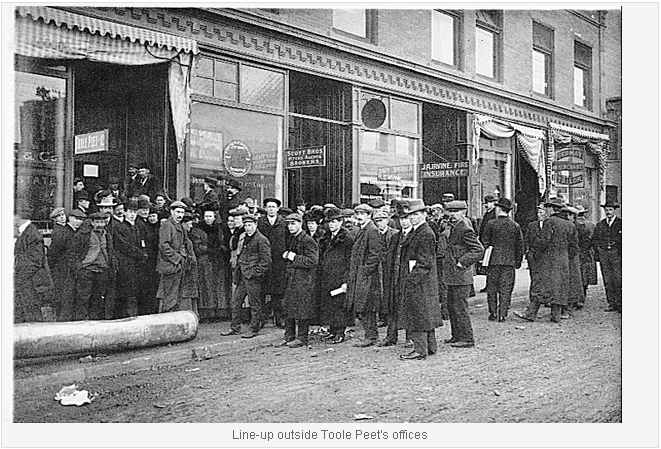 Even so, there is no doubt the firm participated somewhat in the speculation as, upon George Peet’s death in 1953, it was realized he owned a valuable lot on the corner of 8th Avenue and 8th Street, where a medical office is now. Concerned about the tax implications, and expecting to pay heavily, Bill Toole, as executor, searched the records to establish an initial value. It turned out that the only record available was the city assessment of 1913, which astoundingly, placed a higher value on the property than it was sold for in 1954!