From Clerk to CPR Land Agent

A list of Toole’s business and social associations, as recorded in a 1920 History of the Province of Alberta, is demonstrative of his ability to immerse himself in the community: “The Ranchman’s Club of Calgary; Calgary Golf and Country Club; Calgary Lawn Tennis Club; Calgary Polo Club; Fish Creek Polo Club; Calgary Motor Club; and the Calgary Board of Trade, of which he was a member of the executive committee for some years, and was vice-president for the years 1908-1909. Mr. Toole was a charter member of the Calgary Grain Exchange. In politics he is Conservative, and in religion is in membership with the Church of England.” 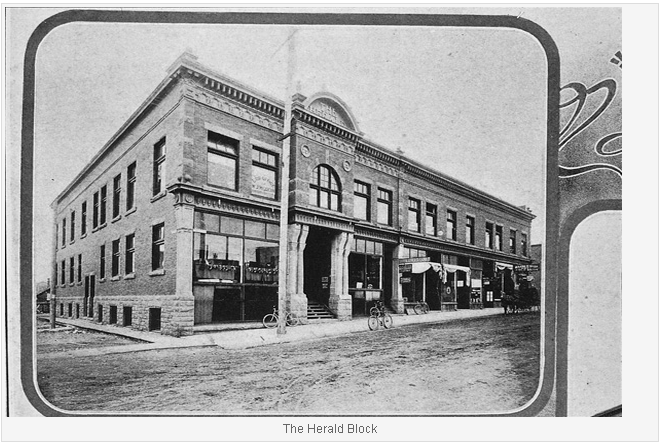 Barney Toole Leaves the CPR, but is still their Agent 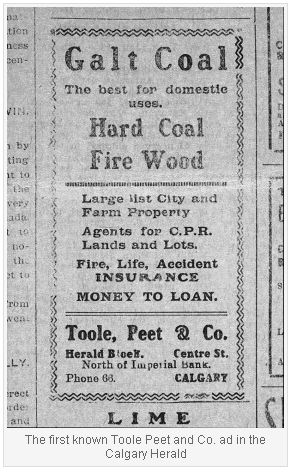 In 1904, just when Barney Toole was reaching a stable point in his career, his wife Edith and their two children died. Perhaps coincidentally, and perhaps because he was seeking to leave painful memories behind, Barney Toole resigned from his position with the CPR in 1905 and entered into the improbable partnership with George Peet. However, his relationship with the CPR remained sound and, in a gesture of confidence, the CPR simply closed its office upon his resignation and gave him full charge of its land in the townsite; a valuable piece of business for anyone to bring to a partnership. This, when accompanied by Barney Toole’s reputation and his innumerable business and social connections, certainly must have made George Peet the source of much envy in the business community.

From two young Irishmen, new in town, George Peet and William Toole had risen through different routes to become businessmen and citizens of note. And, in 1905, as partners, they were to share a road and travel far in the next five decades while building the company which would always bear their names and reputations.

From Clert to CPR Land Agent