Our History
The Galt Coal Contract 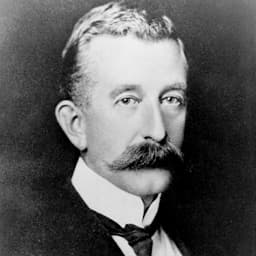 George Langrishe Peet (1870 -1953) grew up in Tramore, County Waterford, Ireland, in a family, one strongly suspects, of adventurists for whom the far-reaching British Empire must have appeared custom-made.

His brother, for instance, eventually settled in China. At an early age, George made the acquaintance of the explorer of the Canadian West, Captain John Palliser, who had retired a few miles down the county road, and was soon enthused by the opportunities that were waiting in the developing frontier for a healthy, energetic youth. Palliser probably found the affable George to be a fine companion and filled his head with stories of his adventures crisscrossing the prairies and mountains. Like Palliser, George became an ardent sportsman and it was Palliser who recommended that George make the journey to the “young man’s country”.

With no particular skills, and his only recommendation being his ever-present resourcefulness, George Peet entered life in the West in 1891 with vigor and enthusiasm, and willingly went to work in several areas and several occupations. He put his strong back to work as a prospector in British Columbia and as a farmer in central Alberta. By 1897 he’d observed that, as the settlers flocked to homesteads and ranches along the CPR railway, there was a fortune to be made in providing them with the services they needed to make their start. He moved to Calgary and, in the informality of the era, set himself up as an agent using the small profits his ventures to date had earned. In a style that set the tone for the business of the firm over the next 100 years, George Peet acted as an agent to earn a commission in whatever venture appeared profitable, sustainable and reputable.

He adapted to the changes in a town that changed rapidly. He ran advertisements in the Herald offering his services as everything from insurance and real estate agent to auctioneer. He sold coal, wood and livestock. He had an easy-going manner and was a hard worker; qualities that brought him customers. Before long, he was well established.